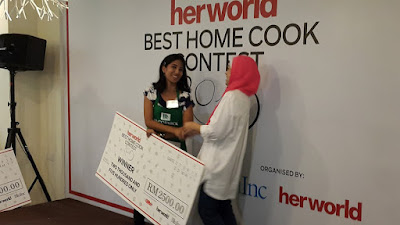 It was one of those proud moments in life.. I came across this contest which was organized by HerWorld Malaysia few months ago whereby you cook/bake using one or more of the ingredients featured. There was Golden Churn Butter there and noticed that the deadline was near so I baked a quick cake (a fav recipe of mine), frosted it, took pics and sent it in.

Little did I know that I will be one of the 12 chosen finalists and was asked to join a cook-off session in Starhill Culinary Studio, Bukit Bintang. I knew that meant big but the shock came when I learnt I needed to recreate my cake from scratch in an hour!!! Wow, that to me sounded impossible and I had to bring all the needed items as I will only be given the butter, cake mixer and oven. The worse part was when I was told that I will be the only one making a cake...hmm..can things get any worse..

The day was one of the most stressful ones where the clock kept ticking and I was willing my hands n mind to move as fast as possible, also being careful not to forget any ingredients.
It took me 1 hr 15 mins to complete as the cake needed 15 mins to cool off a little before frosting. It was then whisked away to the judging room and I was hoping that it will stay in shape and not collapse.

At last I could sigh with relief and felt totally famished. Next came lunch break while the judges were tasting the dishes and choosing the winners. Soon the speeches started followed by the announcement of winners. I really thought that I did not win anything when they called out the second and first runner up and was shocked beyond words when my name was announced as the Grand Prize winner. Wow....that was unbelievable. My cake actually won the Grand Prize! It was a great moment to be cherished. 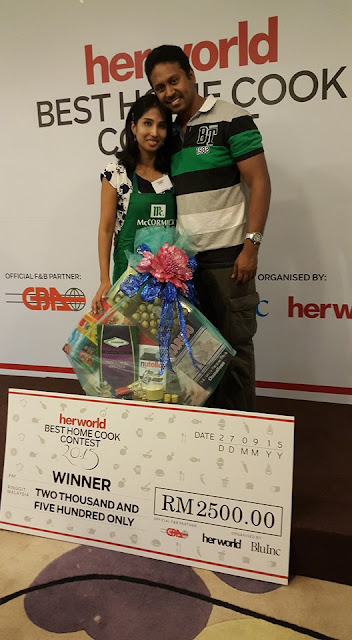 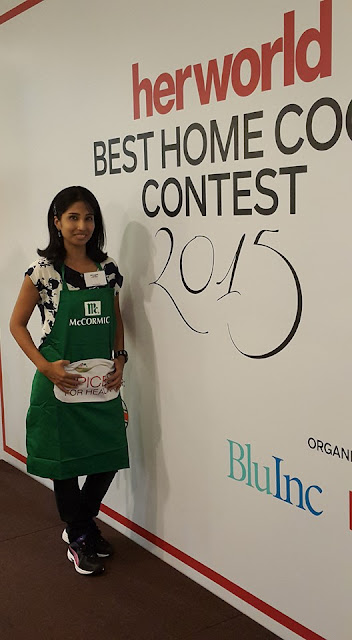